A lot of collectors spend a lot of time on the various forums available. There are waaaaay too many to list, but the ones I browse include Sports Card Radio, Freedom Cardboard, and Hobby Insider. I don't really spend more than 10-15 minutes every couple of days total for these. There aren't a lot of users on Sports Card Radio or Freedom Cardboard, so going there twice a week means you really don't miss anything.
But one day on FCB (that's what the kids call it) I found a post from a fellow set collector trying to unload some of his duplicate 'Young Guns' from the '08/09 Upper Deck hockey set. He listed all the cards he had available and the prices he wanted for them, but made it clear that everything was negotiable.
Now keep in mind that I have never bought anything from anyone in any forum before. We were entering new territory. I sent him a message telling him of the nine cards I was interested in. According to his list, he wanted $10 for these particular 9 cards. His message back to me was 'How about $8 shipped?'
I could do that, although I was a little leary about the whole thing, not having done it before....
A couple of weeks went by and no cards. So I sent him a message. He got back to me right away saying he thought they had been mailed, and would get me a tracking number. The next day i find out he found the envelope in his girlfriends car. Apparently she did not mail it. He apologized and told me he would be refunding me my postage for my troubles. I got back $2 into my paypal account the next day. A few days after that, my cards arrived.
The Young Guns checklist featuring Alex Pietrangelo, Steven Stamkos, and Drew Doughty. 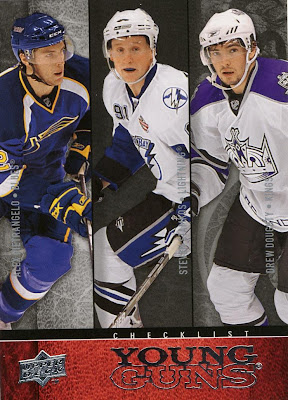 Adam Pineault. Adam played 3 games for Columbus in 2007/08 totalling 33 minutes and no points. 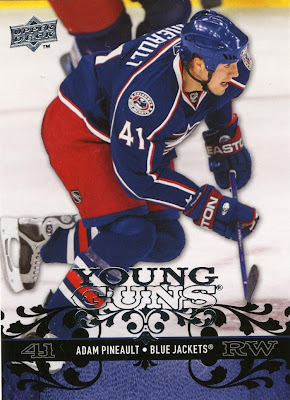 Adam was traded to Chicago in January of '09 and is currently playing for HC Eaton Pardubice in the Czech Republic.

Vladimir Mihalik was a 1st round pick by Tampa and is still trying to crack the lineup, having played 15 games for them over the past two seasons. 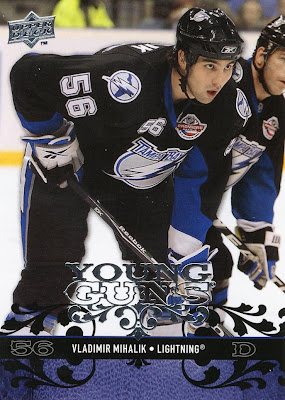 Lauri Korpikoski was a first round pick of the Rangers but was traded to Phoenix at the end of the '09 season. 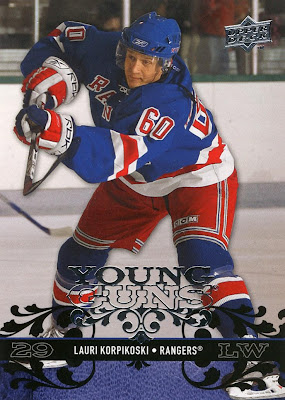 Lauri is enjoying his second season with the Coyotes, having scored 8 goals in the 28 games played so far this year.

Oscar Moller is a 2nd round pick in his third season as a part time player for the Kings. 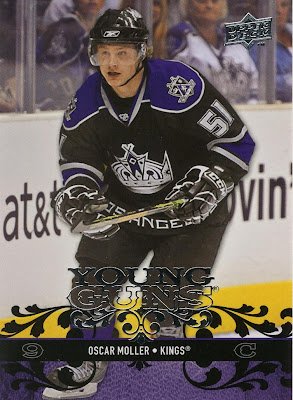 Erik Ersberg played for three seasons as the Kings backup goalie behing Jonathan Quick. With the emergence of Jonathan Bernier this year, LA sent Erik down to the Manchester Monarchs of the AHL. 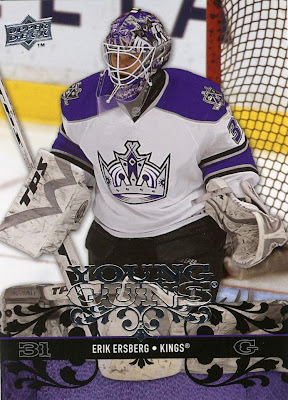 Erik wasn't happy about that, feeling he didn't get a fair chance at winning the job. Erik packed his bags and went home to Sweden. The Kings terminated his contract, allowing Erik to sign and play for Salavat Yulaev of the Kontinental Hockey League. 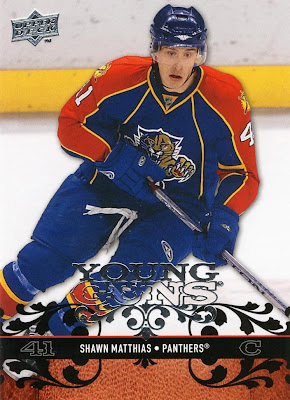 Shawn has become a regular for Florida over the past two seasons.

Adam Pardy was a 6th round pick of the Flames in 2004. I think UD kinda reaches on some of these "Young Guns'. However, they fluked out on this one as Adam has played three solid seasons for Calgary. He's one of their most reliable blueliners this year.... but that ain't saying much...... 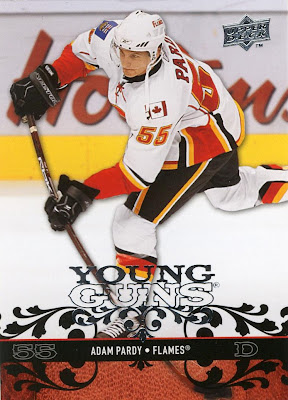 and the crown jewel of the deal, Tunguska's favourite player.... LUUUUUUUUUUUUUUUUKE! 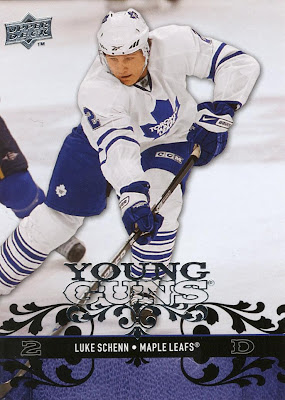 Luke Schenn was Toronot's 1st round pick and has played three solid years on a not so good team. He's always improving and his best days are still ahead. Brian Burke should be trading him any minute now....

So there ya go... 9 Young Guns for what turned out to be $6. And a successful first forum transaction. I won't be doing this a lot, but it's nice to know there are options.
Posted by Captain Canuck at 10:40 PM