It's a Festivus miracle!

I went to one of the local card shop's trade night this past Wednesday evening. I try to go every month, it's a good time.
But I have to say... perhaps a new name is needed. "Trade" night doesn't quite fit. I haven't made a trade in 7 or 8 months there.
Unless you have a brand new released 17 colour game used patch rookie autograph numbered to under /3, there is no way you'll ever trade.
I exaggerate, but only a little. Forget player collecting or even team set collecting.
And set collecting? Trading base cards? Or even the base inserts? HA! Not a chance. You may as well be Snipe hunting.
But then it happened... there were a few new faces this month. And they haven't quite yet got the memo about "the minimum standard."
So there were trades to be had! And trade I did.
Here are some of my new acquisitions. See if you can spot the theme. There may be a prize.*
*(not bloody likely)
a 2013-14 Titanium Carey Price jersey card 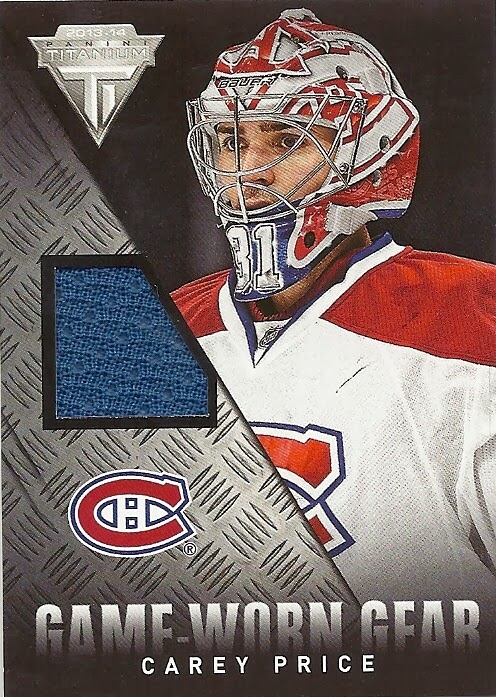 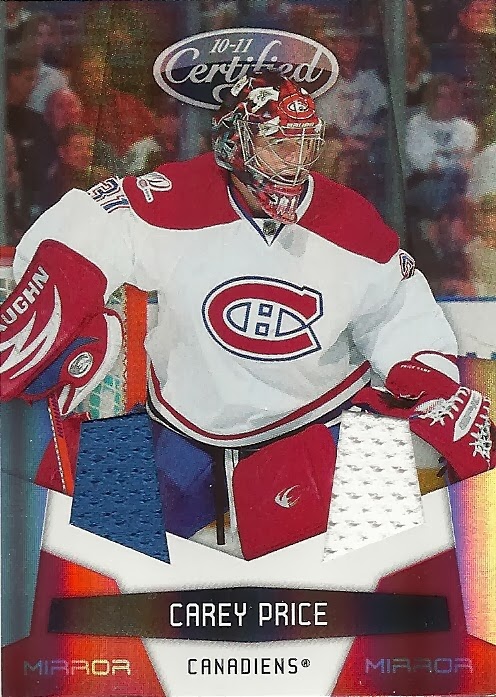 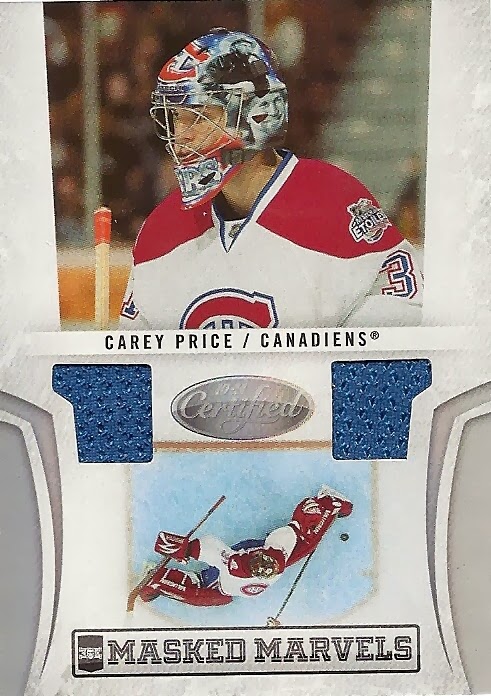 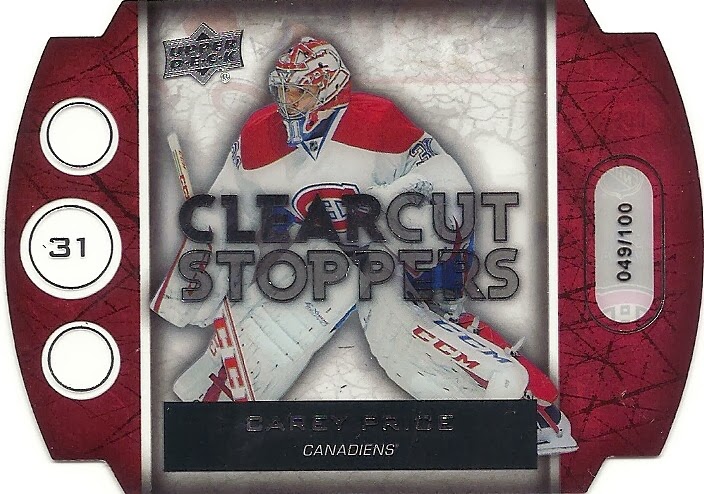 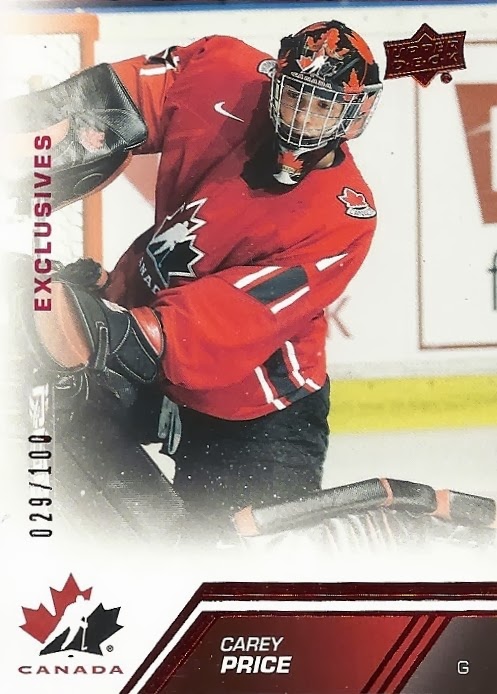 a 2013-14 Totally Certified Carey Price base 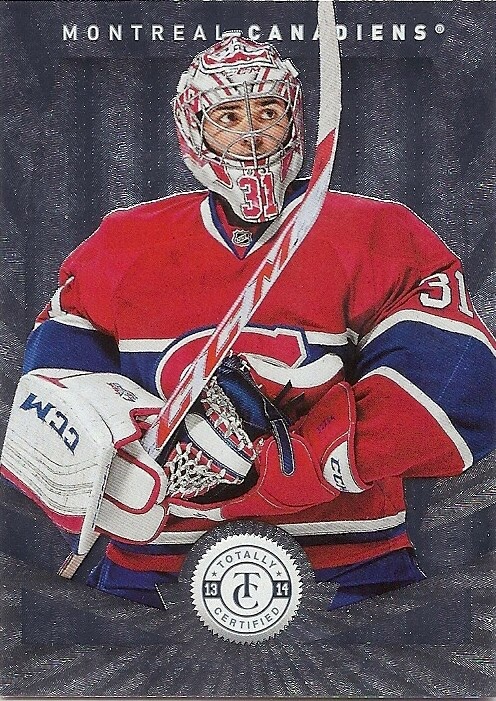 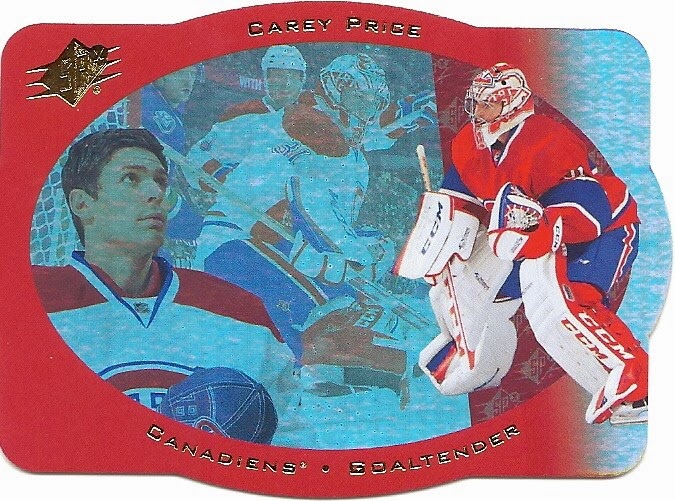 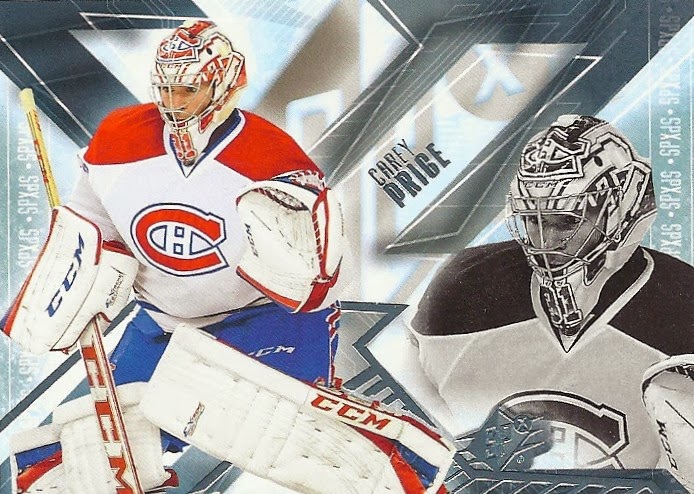 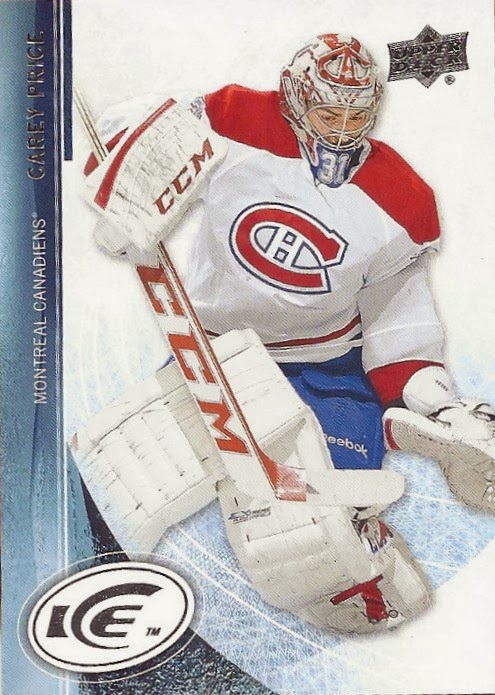 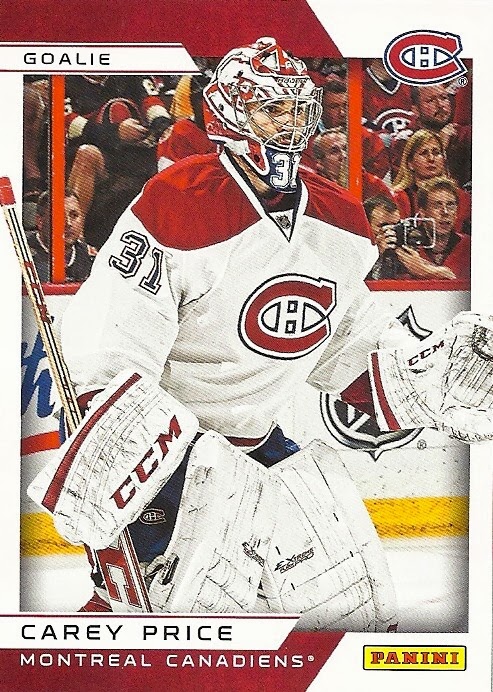 and now for something, completely different... 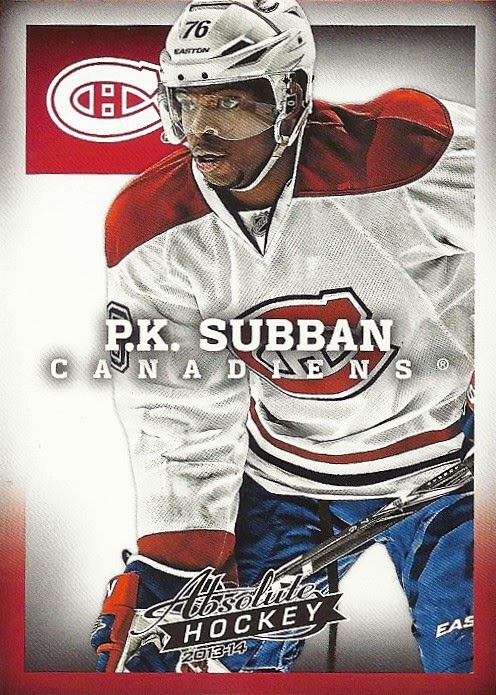 definitely the most productive trade night in a very long time. It was nice to scratch every one of those cards off of my want list.
Posted by Captain Canuck at 12:11 AM 2 comments:

Show me the money...

As the Canadiens embark on a one game road trip to Carolina before the Olympic break, they decided on "Ugly Suit Day". 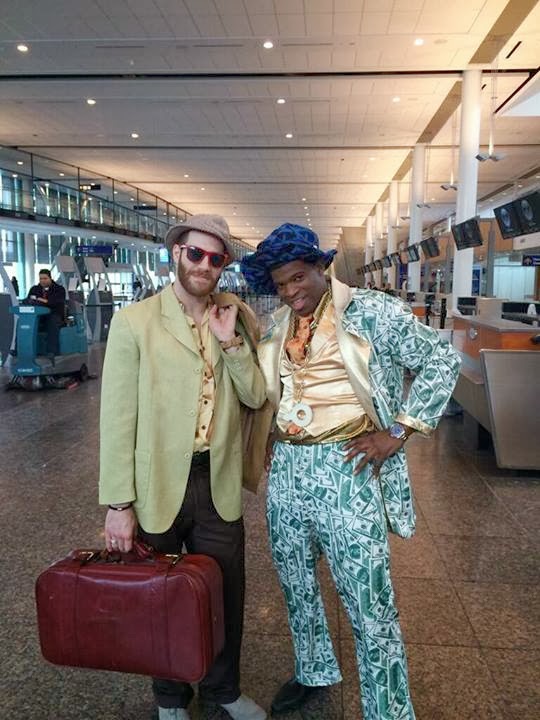 Coincidently, that's how P.K. will look once he signs his contract extension soon.