A Journey 35 Years In the Making.

A long time ago in a frozen land far, far away, a boy undertook a mission that, unbeknownst to him, would take 35 years to complete.
But complete it he did.
The 1979/80 OPC hockey set was the very first set I bought packs for. I remember them vividly. I remember when my dad would come home and plunk down 8-10 packs that he brought home for me. Man, those were the days.
Tearing open the wax. The gum was horrible, even then. Looking at all of the cards. Letting out a whoop for joy every time I found a card I hadn't seen before. Or one from my favourite team. (No one cared about rookie cards then. No one. They weren't even a thing then.)
I completed the set a couple of times. Yes, it's Gretzky's rookie year. Yes, I have several of them. But it was the set that I was after. Even then. The completism. (yes, that is a word. For us set collectors, anyways.)
And part of that, remember there was no internet, no smart phones, no tablets, was keeping track of your progress.
But the card companies knew that. They even included cards within the set to help you along your way.
We called them checklists.
And not the checklists you see today. those mamby pamby things barely deserve the name. These checklists had little boxes beside each name for you to..... well, check off. Thus the name. (Yes. Check them off. You heard me. We wrote on our cards. WROTE! WITH PENS! Heresy!)
The 79/80 OPC hockey set went all out with checklists. There were three set checklists in the set. In a 396 card set, that meant 132 cards listed on each card, 66 on each side.
AND.
They included a team checklist card for every team in the league. Normally that would be a team photo on the front, with the corresponding checklist on the back.
But 79/80 was a special year. The NHL was absorbing four new teams from the now defunct WHA.
Edmonton, Hartford, Quebec, and Winterpeg, I mean, Winnipeg were all now part of the NHL.
I took pretty good care of my cards, and when I looked through my sets, only a scant handful needed upgrading to become NrMT/MT sets.
That part was easy.
It was the checklists that weren't so easy. The reason?
Here you see the front of the card that eluded me for 35 years. 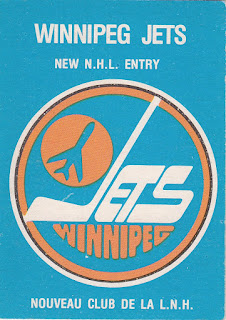 And here is what the back looked like on the average card that I've looked at over that time. Including all of mine. Yeah, not only did I mark off the ones in my sets, but my duplicate ones too.... 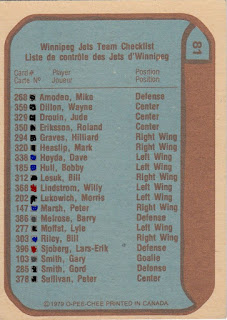 And apparently I wasn't the only one. Card after card I knocked off my list, save this one. Card #81.
Every time I found an unmarked one, it was either graded, or had a ridiculous price tag. Or both. $15 for a checklist??? Pack sand.

But I found one. The front scan is above, this is the clean unmarked back. Although my scanner cut off a bit of the border. It is nicely centered. 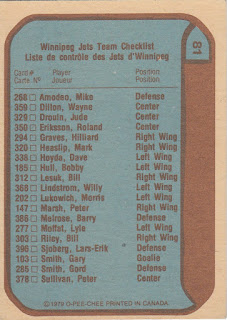 All for $3. Done. Thank you for being fair Mr Card Show Seller Sir.


Now there are those of you who are turning up your collective noses right now. Marked checklists are beautiful! You cry...
Well I agree. But most of the public doesn't. So I needed to do this.

While I now have minty fresh unmarked checklists in my set, I still have all of my hand marked checklists from back then in those same pages. That way everyone is happy. Especially me.
Posted by Captain Canuck at 4:36 PM 1 comment:

Flames all around us...

Not much to say really. The latest card offerings since Upper Deck flagship came out have been.... bleh to say the least.
Went to a large, well, large for this area, card show last weekend. If I get around to scanning the cards I'll post on that later.
So for now, I'll show off a couple of ttm returns I've received in the past little while. Both Calgary Flames related. I'm all about themes ya know.
Goaltender Jonas Hiller kindly signed three pics and a card for me. One for each of his teams...
Anaheim Ducks 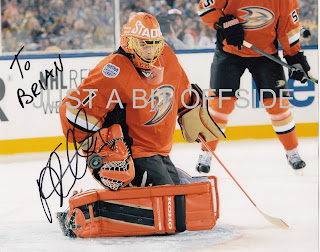 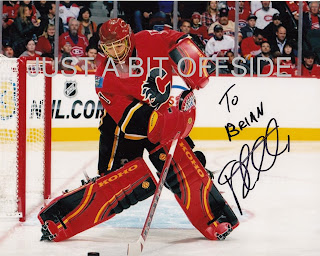 and of course Switzerland in the last Olympics. 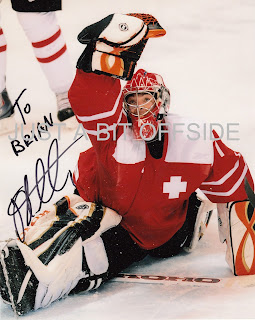 oh, and a card sans mask in case you were wondering what young Jonas looked like.

and the future of the Flames. Mr Franchise, Sean Monahan. 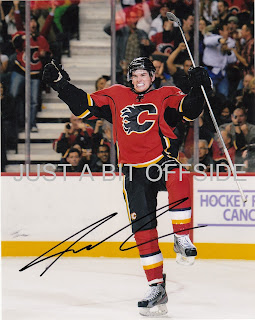 Sean is not known for his penmanship. 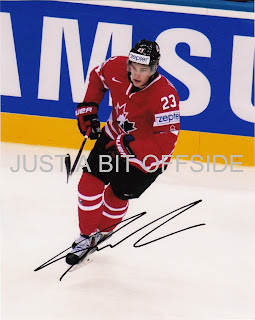 Thanks guys. I appreciate the returns.

Has anybody else been testing the through the mail waters? Any successes? Failures? Stories?
Posted by Captain Canuck at 8:38 PM 1 comment: