The Price is Right

to celebrate the Canadiens actually doing something right and signing Carey Price to a long term, affordable deal, I went out and picked up a few new cards for my Price binder.

While some of you may think that means I picked some low serial numbered 8 colour patch autos, that only shows you don't know me that well.

Let's look at some good old fashioned plain cards, shall we?

from his rookie year, an insert card showing "The Future of Goaltending." Nice. And a good shot of Hamilton's uni's too. 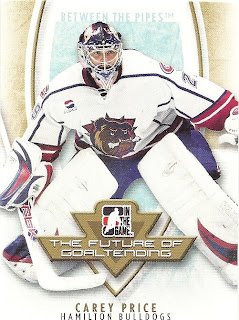 also a rookie, from SP Authentic, a nice and shiny insert. I already had the uber rare die cut version, which I scanned a long time ago but my computer is using it in our latest 'hide-and-seek' game that we play occasionally. And I'm waaaaay too lazy to go get the binder and re-scan it. 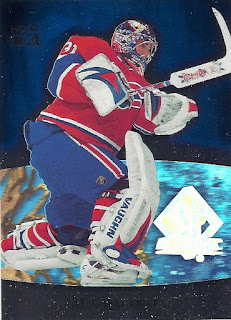 why not pick up the same card, but from the following year? Okay, I will. It scans a bit nicer. 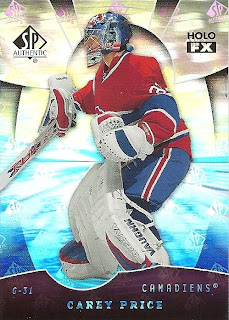 A Favourite Sons insert from '08/09 Upper Deck. Nice to see them spell favourite correctly. Although they show Carey coming from Williams Lake B.C. when we all know he hails from Anahim Lake B.C. 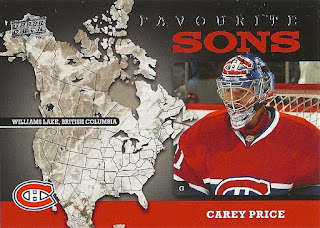 A cool insert set from In The Game in '10/11. They showed a lot of the goalies from Toronto (poor bastards) and Montreal from over the years. 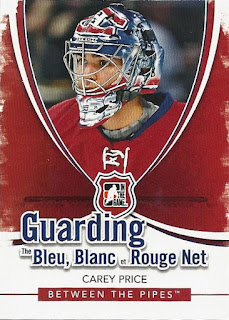 Another die-cut! This one from '11/12 Crown Royal. This was a gift from a fellow collector at a recent trade night. 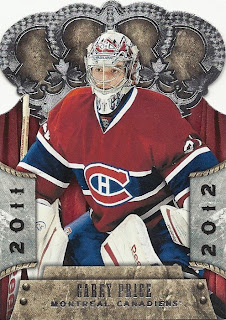 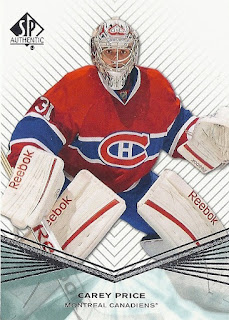 and another new one... this one from Panini Contenders. 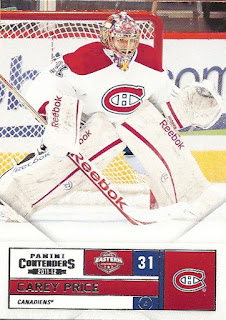 another Contenders card...... wait a minute! That's not Carey! It's the greatest, most spectacular goalie of all time! (Just ask him) 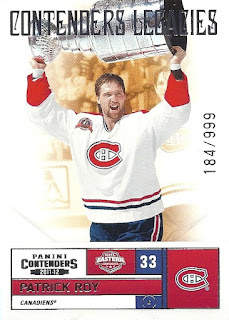 This was a gift from one of the local card shop owners... and it should make my pal bamlinden jealous as it fits not one, but two of his collections.

Nice to know that barring a ridiculous trade (damn you Rejean Houle and Mario Tremblay!!!) I'll be able to add Carey cards to my binders for another 6 years.


and how about that Shea Weber deal??? Yikes.
Posted by Captain Canuck at 10:35 PM 2 comments: