Awhile back one of my local shops was selling 8x10's for $1. I bought a stack of them for my ttm attempts. I've had a few find their way back to me.
Today's success - Dave Andreychuk 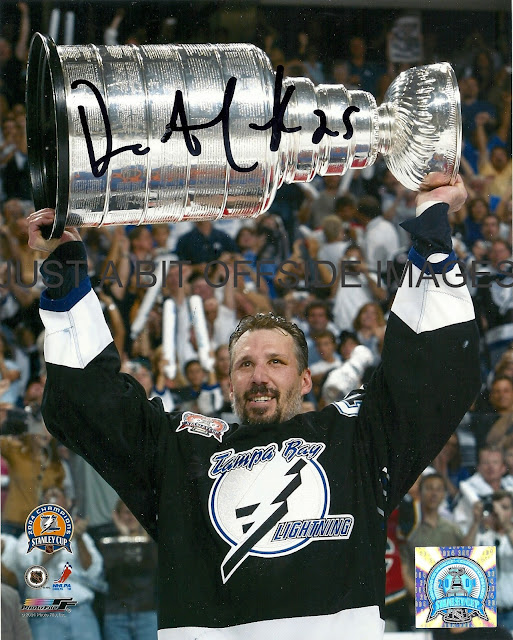 Dave played for almost 23 seasons in the NHL, starting as a 19 year old rookie in 1982. He played 1600 regular season games and 164 playoff games before finally getting to do what you see here. Hoist the Cup.
I vividly remember watching this game as Tampa beat Calgary for their first Cup. My wife was sitting next to me wondering why everyone was talking about Andreychuk.
I told her his story... 22 years of trying. 1600 games. She thought that was pretty cool that he finally got his moment. As did I. 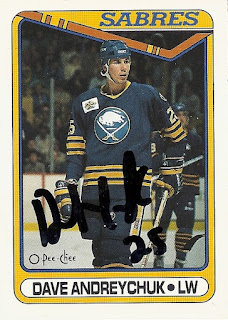 Dave signed that 8x10 and several cards for me via his home address.

Thanks Dave... You provided me with a memory I'll never forget.
Posted by Captain Canuck at 8:42 PM