One of the first timers brought a 3200ct box with him. In it, were over 3000 base cards from various sets.

Naturally he was one of the most popular trade partners that night. I was in there with both fists... unfortunately, he only had one set that I am currently chasing.

And they wonder why they`re in fianancial trouble.

But wait.... another blogger whose name sounds like lambinden had a stack of these set aside already! He may have the one lone card I need!

After a brief skirmish consisting of indian leg wrestling and rochambeau, my good friend Brett handed over the last card I needed. 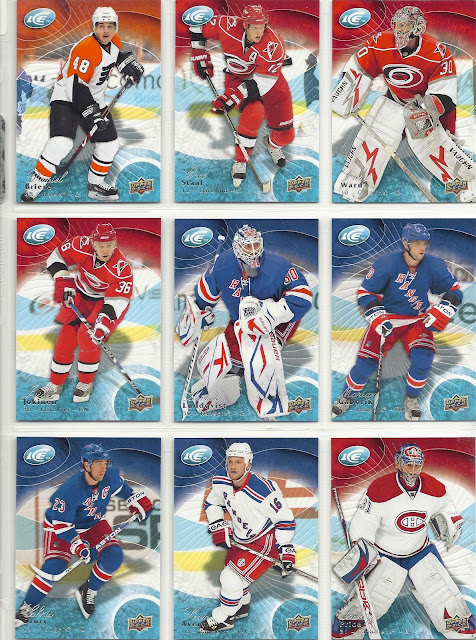 Now all I had to do was complete the trade with the owner. It took a little longer than I anticipated... but in the end I have another complete set to scratch off the old wantlist.

I wish more people brought base cards to trade night.....
Posted by Captain Canuck at 9:08 PM