No hockey? Who cares? We'll just keep making cards anyways.
I had planned all week that today was the day I visited my local card shops. Including the one that's an hours drive. I did all my chores (the Honey-Do list) and was raring to go this morning. Until I looked outside.
18 inches of snow on my driveway, and still coming down hard. It's 5:30 pm as I write this and the snow hasn't let up yet.....
So no grand city tour of card shops. I snuck into the one closest to me and grabbed two packs of
the latest set, Upper Deck flagship, that was released today. The usual from what you would expect from UD. 24 packs per box, 8 cards per pack. This year we have none other than Jonathan Toews on the packaging.
But wasn't he on the packaging for OPC as well? Apparently if you aren't placing Gretzky or Crosby on your labels, you must place Toews. Out of thousands of hockey players... there are only three worthy. 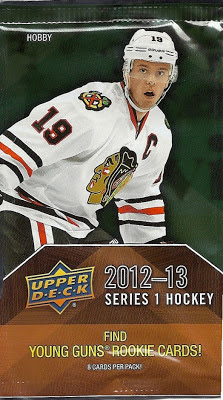 Moving on to the actual cards..... They're a little bit simpler this year. I like that.
First card, a friggin' Leaf. Go figure. 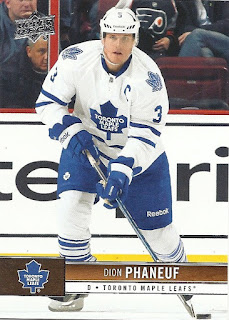 Less foil this year, which is a great thing. The usual full bleed photos, with both vertical and horizontal cards. 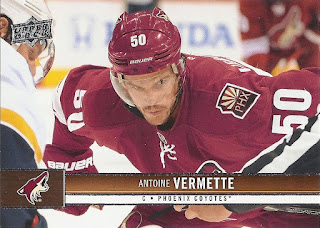 And yes, that is wood grain you are seeing on the fronts. Wood grain! It's like sitting inside a 1972 Oldsmobile! 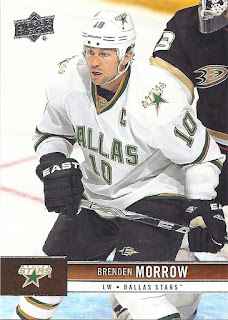 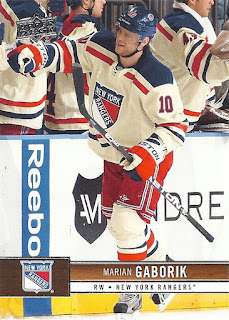 There are several different insert sets to chase this year... Canvas, Exclusives, Silver Skates, MVP, Heroes, etc... but the only one I pulled was MVP. 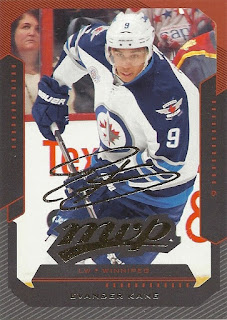 Not as good a design as previous years.

The photography is good again, as you would expect. 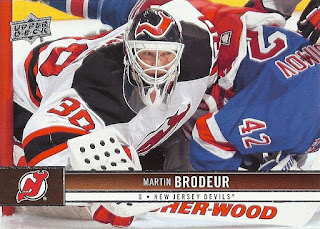 Lars is either stretching or he just scored... 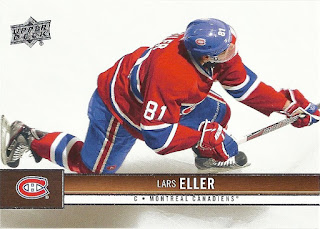 I'm fond of shots that have the puck visible in them, like this card... 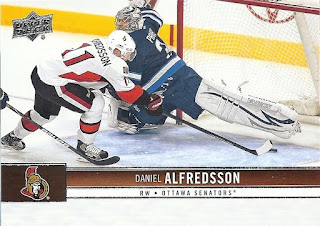 I have to say, the more I look at the fronts with the simpplistic design and the wood grain... the more I like them. 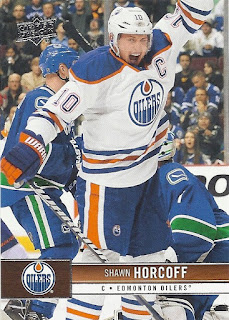 That shot of Burmistrov is rather cool... 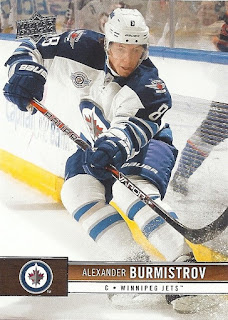 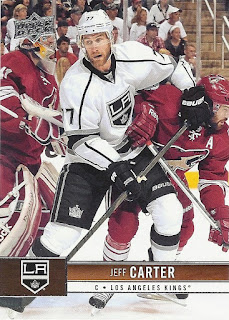 in my second pack, I got another MVP card... so you don't get to see anyof the other inserts. 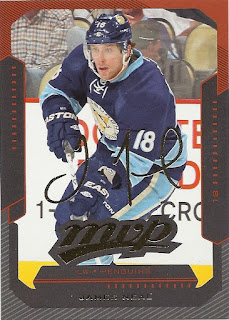 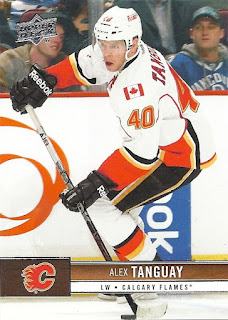 Early nomination for card of the year... Craig Anderson. Craig is well known for his facial expressions, and this year's does not disappoint. 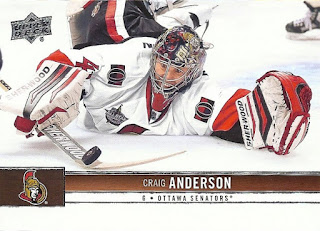 Matt Cooke looking creepy as ever.... and James Reimer praying to the goalie gods for salvation from the Leafs. 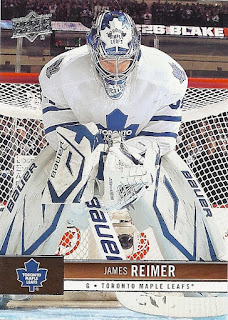 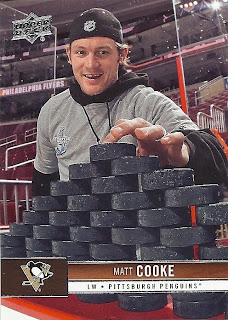 Sorry James... you're stuck there. The gods took pity on Jonas Gustavsson instead. He's in Detroit now.

The backs are pretty standard. Complete stats, both personal and game. Although the write ups on the younger players could be a bit longer to use up more of that space. 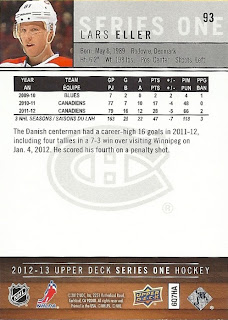 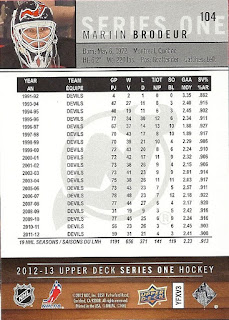 Different pictures on the back which is a must! If you don't go different, don't bother doing it.
And more wood grain!

Posted by Captain Canuck at 5:33 PM