The other night I was sitting on the couch reading the backs of some of my cards... (what? Don't you read the backs? Or are you in it just for the pictures?) Anyways... I came across this card of Pascal Dupuis from this season's Upper Deck Series 1 release. 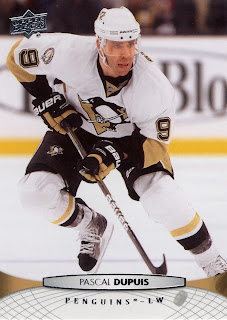 A good action shot of Pascal... let's see what UD has to say about him. 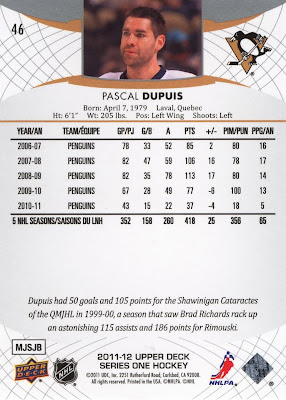 Hmmmm...... Something ain't right.  To Hockey-reference.com we go! 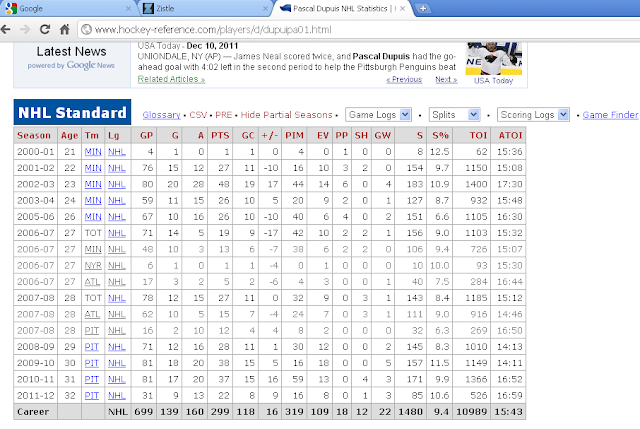 Well that looks a lot more like what I expected.... but it sure isn't what's on the card back.
So if Pascal's best is a 20 goal year way back in '03, then who's stats are on the back of his card?

Again, Hockey-reference.com to the rescue! 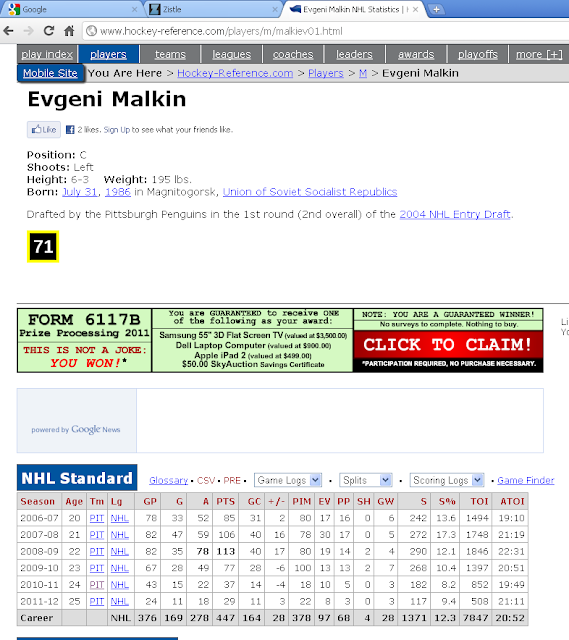 Now those numbers look familiar. Evgeni Malkin. Wow. I wonder what family member works at Upper Deck to make that mistake. Malkin does not have a card in Series 1, so we'll have to wait until Series 2 to see if they switched the backs, or just effed up Mr Dupuis.

Oh Upper Deck, I love your products, but as you can see, there's still work to do...I'm available as a proof reader, editor, card front or back designer, or just as a general sounding board for your ideas. (We MUST talk about OPC)