This post will have me officially caught up with 'trade night' posts. Yay for me. Card show and TTM posts are another story. Don't even get me started on those '74/75 Topps set posts I was doing.....
Before I get depressed, let's dive on in with the trades, MMMMmmmkay?
I got this shiny rookie auto of Habs D-man Brendon Nash in exchange for a few 1976 Topps feetsball players. 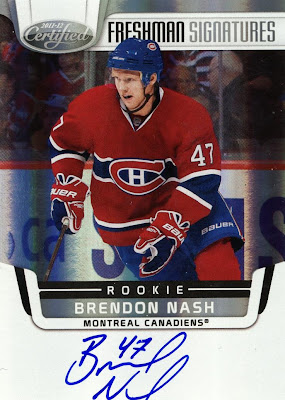 Equally as shiny, this Patrick Roy /199 came to me in exchange for an OPC Derek Jeter card. 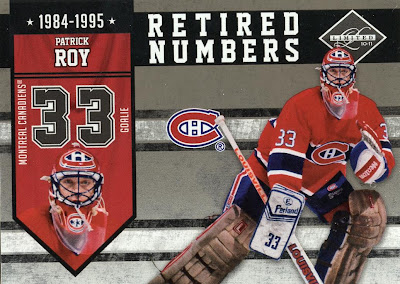 Now for the big trade of the night. I had a Jordan Eberle Donruss Rated Rookie sticker auto card that I won in a contest a few months ago. I swapped it in exchange for the following three cards. 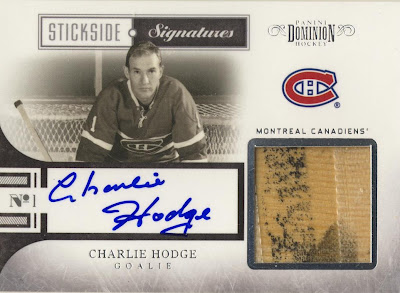 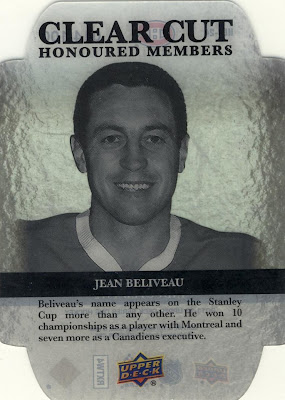 I even scanned the back for some unknown reason.... but I did, so you may as well see it. 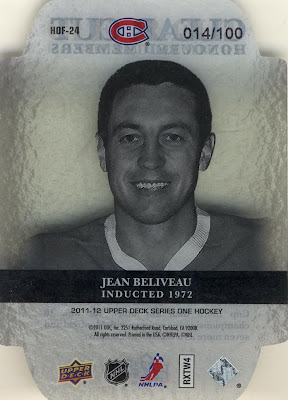 A Manon Rheaume on card auto. Sweet looking sig. The ladies always have the penmanship. 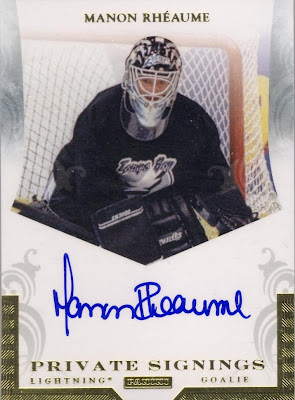 My last "trade" of the night started out as a cash buy for $2, but he ended up taking two basecards from last year's OPC instead. 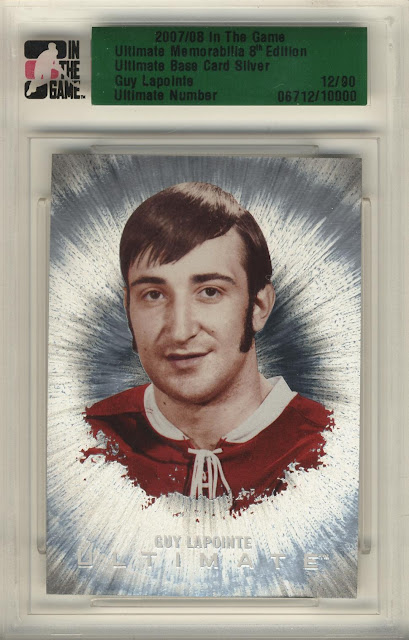 ﻿How awesome is that picture? One of the best defenceman to play in the NHL during the '70's rocking it old school! How do you say 'mutton chops' in french???
Posted by Captain Canuck at 11:36 PM