I picked up a few odds and sods at the card show. This post and one other post is all I have left to show. Promise. The first three cards shown came to me for $5.
A P.K. Subban OPC rookie that I haven't been able to pull from a pack yet...... the best part of this card is the young lady in the background with her sign stating her rather amorous love of Maxim Lapierre. If you read french, cover your eyes before reading it... 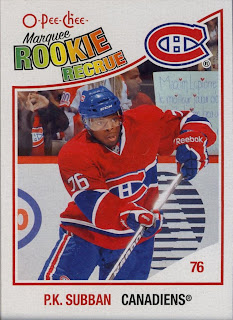 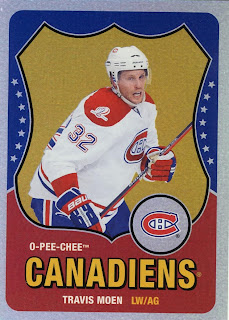 and Hall of Famer Butch Bouchard. The seller and I had a great conversation about Mr Bouchard's facial expression. We both settled on him being ecstatic over just killing someone in the corner and was now rushing back up ice... 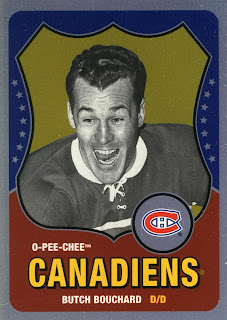 I finally managed to finish my 10/11 Victory set. I've been two cards short, forever.... two sellers and $2 later and these two cards were mine. 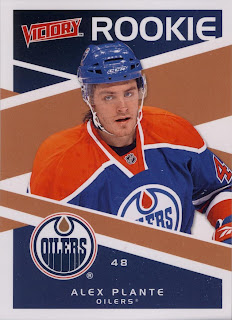 Set finished. Figures it would a bloody Bruin for the last card. 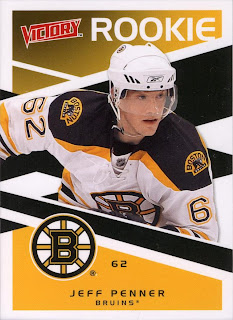 I picked up a Carey Price base card from a baseball set (2009 Goodwin Champions) for $1. Of course when I got home, I found out I already had it.

These last two cards came from the same seller. I just remembered I bought something else from this seller that I haven't scanned. So you'll see that later. The three cards, including the two seen here cost me $5.
An 08/09 OPC rainbow retro of Hall of Famer Frank "The Big M" Mahovlich #/100 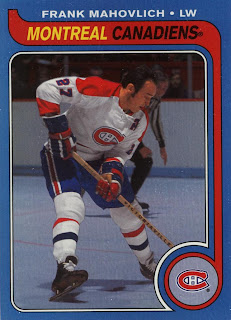 and a Carey Price insert. It scanned horribly but looks really sharp in person. It's from the 2007/08 SP Authentic set. An SP Holo FX.
As I found out later, this is from Carey Price's rookie year. Is it a true rookie card? Probably not. But it's shiny!!! And as my inner 7 year old collector comes out, it's a goalie card, and he's In Action!!!! Woot! 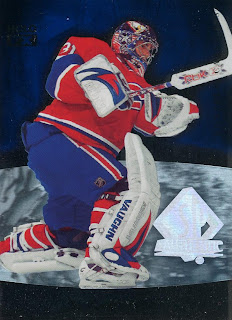 so that's it for this post. Someone remind me to scan that other card in and post it. I need opinions on it. And if there's one thing collectors and bloggers have, it's opinions.
Posted by Captain Canuck at 9:25 PM