okay, I lied. Sue me. This part of my card show loot actually cost me $4. But the title from Part One mandated there be a Part Two. We'll call it writer's licence. Or poor planning. But I like the first better.
For $4, I picked up a completely random assortment of vintage '70's hockey.
First up, some 72/73 Topps. Since finishing my 74/75 Topps set, I've been thinking of starting to collect this one. Either that or the 73/74....
Dennis Hull. When you have a chance to pick up a Hull, you buy it. No questions. Unless it's Jody Hull. But that's another post. 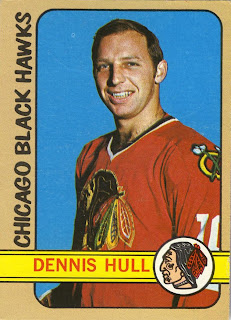 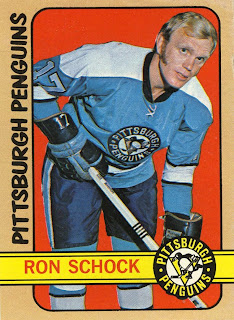 Cowboy Bill Flett. The real reason I picked this up is because Bill looks so odd in this photo. Normally, Bill looks like this..... (scroll down one) 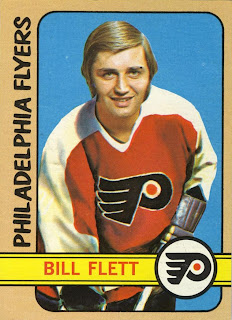 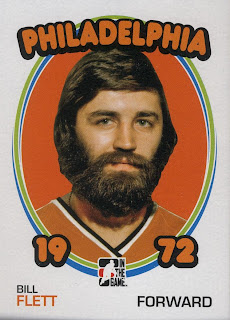 And a pair of old school Blues. One of the Plager brothers. Version Barclay. 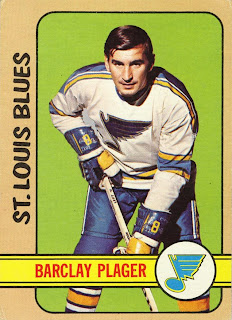 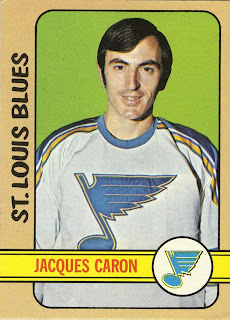 one more of the 73/74 set. The Topps set has four different coloured borders. red, green, blue and yellow. The OPC only has red and green. 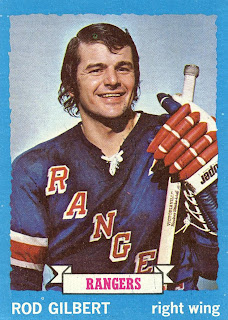 With all the 40th anniversary talk surrounding the Canucks, I had to grab one of the original 'nuckleheads. Although Dale was traded to Chicago soon after. 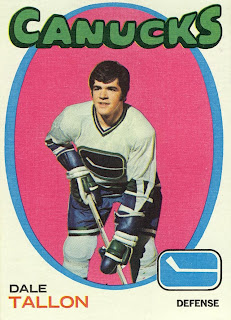 and my favourite of the bunch, a 70/71 Jacques Laperriere All Star. Anything vintage Montreal and I am all over it. 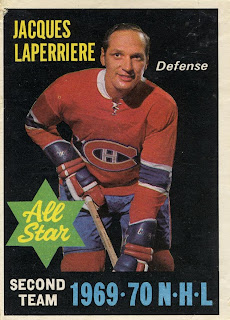 one roughish corner and a wee off center, but it's all mine.

So leave me any comments about which set you think I should go for.... especially if you have traders to help me out!
Posted by Captain Canuck at 1:27 PM