The monthly card show took place this past weekend. A good time was had by all, except for the dude that got stabbed the night before. When I arrived, the whole place, parking lot and all, was taped off as a crime scene. Cops were everywhere. Forensics vans, cruisers, you name it. Welcome to Calgary. Oh, btw, the event where buddy was stabbed? A wedding. Nice. There's something for the scrapbook. Ribbons, check. Bouquet, check. A Piece of the cake, check. Crime scene tape, check.
Anyways, onto the show... once I was able to get inside, I found more 'dealers' than last month. (I use the word 'dealers' loosely.) Card shows here are vastly different than the ones I read about on some of your fabulous blogs. Some of the differences... there are no quarter boxes. No dime boxes. Why? Because every card is worth $$$. Beckett says so. This is why I never spend more than $10-$12 at one of these things. This month, I spent $6. I know.
Let's see what the first $2 got me.
I've been working on the 2010/11 UD Victory set since it came out. I didn't want the set, only the P.K. Subban card from it, but I've bought so many damn packs, I almost have the whole set. Except of course, the Subban. I found three guys selling the short printed rookies. Two tables had no prices and each enterprising seller reached for their Becketts when asked how much. A range of $2-$7 each was heard. Not by me though, I had already left. The third had a stack of about 15 rookies sitting there. How much? Meh... he said, .50 cents each or 5 for $2. They don't sell for that much online, and there's no Subban or Kadri in there...
I almost kissed him.
Unfortunately, I didn't bring my lists. Always bring your lists kids. So I went by memory. (a sure way to fail) A lot of what he had, I knew I had already, but I found five that did not look familiar.
I knew I needed Dustin, so he was the first one I grabbed. 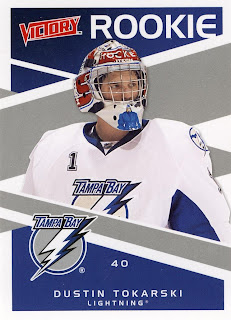 an Islander rookie not named Tavares 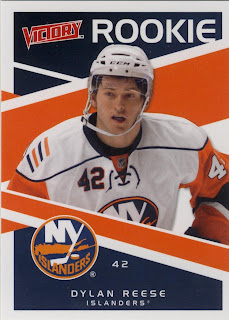 one of the Flyers 43 goalies over the past two seasons.... 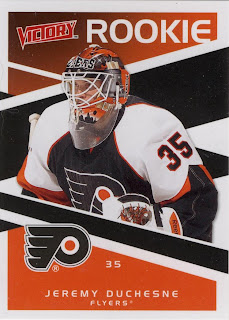 and here's where I screwed up. I already had Palmieri... 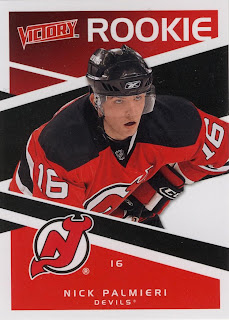 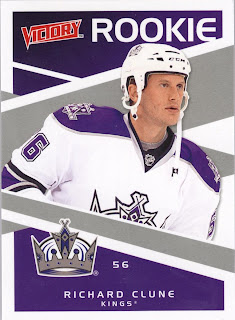 I handed the guy my toonie (two dollar coin) and said, oh and these too, how much? Don't worry about it, he said. 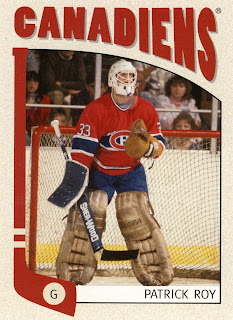 Free Montreal goalie cards are one of my favourite things in the world. Right after Pizza. That Patrick card is from a set that came out while I was away from the hobby. It's one of the sets I really, really wish i had collected. And the Dryden is from a celebration set that came out last year. I couldn't collect it because people want WAAAAAAAY too much money for it. 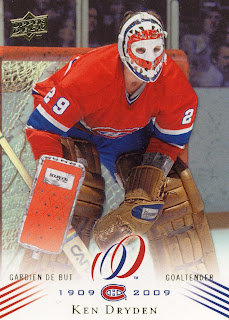 So there you have it. Part one of my card show experience. For those of you breathless with anticipation, the latter half will be posted in the next day or two.
Posted by Captain Canuck at 12:57 PM