So here is the final post of my recent Parkhurst purchase. I hope to find more soon. There is a big show here the last weekend of September, *fingers crossed*.
Unfortunately the prices at that show are usually fairly high. But we can hope.

Ab McDonald - 5 All Star games, 3 Stanley Cups. By the time this card came out, Ab was in Chicago, traded there by Montreal. He played 16 seasons, the last two in the WHA for Winnipeg. His three Cups? His first three years in the league. 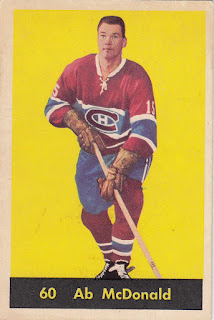 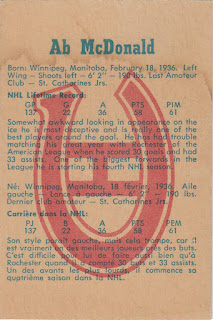 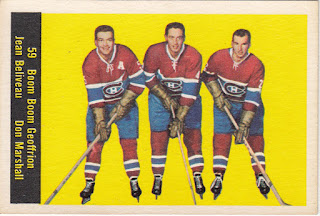 The backs talk about "lines"... but from my research, these were not the lines for the Habs.
So it's probably just the manufacturers throwing dudes on cards for the sake of it. Come to think of it, they still do that today. 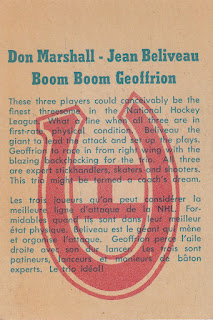 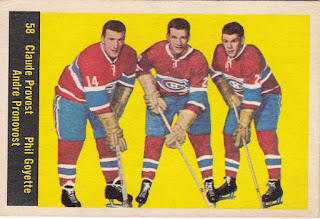 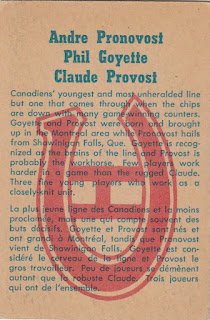 What would be the top line? Marshall, Richard and top scorer Moore? Or Geoffrion, Beliveau and Marshall? Apparently Donny Marshall was very sought after. 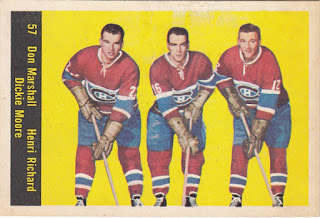 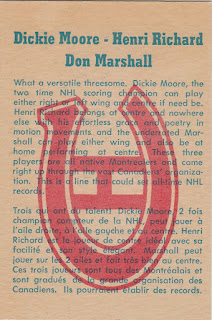 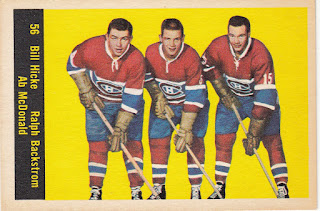 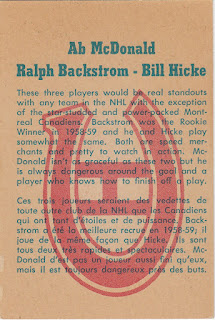 That's it for now. Thanks for looking / reading. If any of you have any of these in good shape that you want to part with..... (HA!!) let me know.