I went to the big card show over the weekend. No, not the one in Toronto. The one right here in Calgary. Okay. It might not be the big show. It's not even big. Kinda sad actually. But it's all I got. So I try not to miss it.
I  managed to pick up a nice stack of cards this time out. Most were recent releases... I'll show those in another post. For this one I'll feature just three cards. Each a gem in it's own right.
First, a surprise '69/70 Topps Jean Beliveau. $3 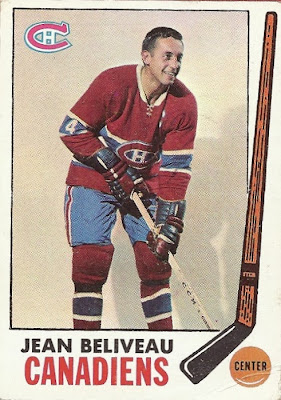 only a little love bend in the bottom right corner stops it from being perfect. Or does it? 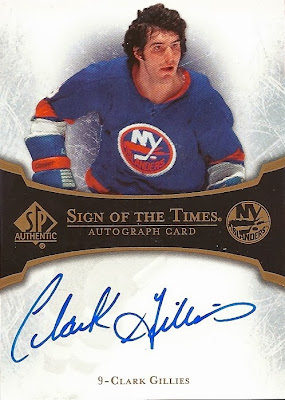 a beautiful card like that for only $3? Craziness. Of course, I had to defeat bamlinden in a spirited game of RockPaperScissorsLizardSpock before I could claim it as mine.


and last but not least, another on card auto of a Hall of Famer. This one of USA great Cammi Granato. $5 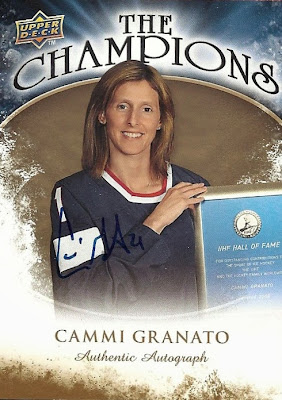 Anyone else score anything cool at weekend shows?
Posted by Captain Canuck at 8:53 PM