In the heat of the night..


In the heat of the night, people flock to places with air conditioning. And that's one of the main reasons I went to the last trade night at one of the local shops. The weather has broken a little over the last day or two... but for the last couple of months, wow. It's been hot. Too hot.

So of course we're going to talk about hockey.

And.... AND... for the first time in months, I made a couple of trades. Gotta like when new people come out. They are under the impression that trade night is about trading. Unlike the regulars who, well, let's just say trading is an afterthought.

Let's get to the pictures.

2013-14 SPx PK Subban dual jersey. I always like it when the colours of the swatches match the picture. 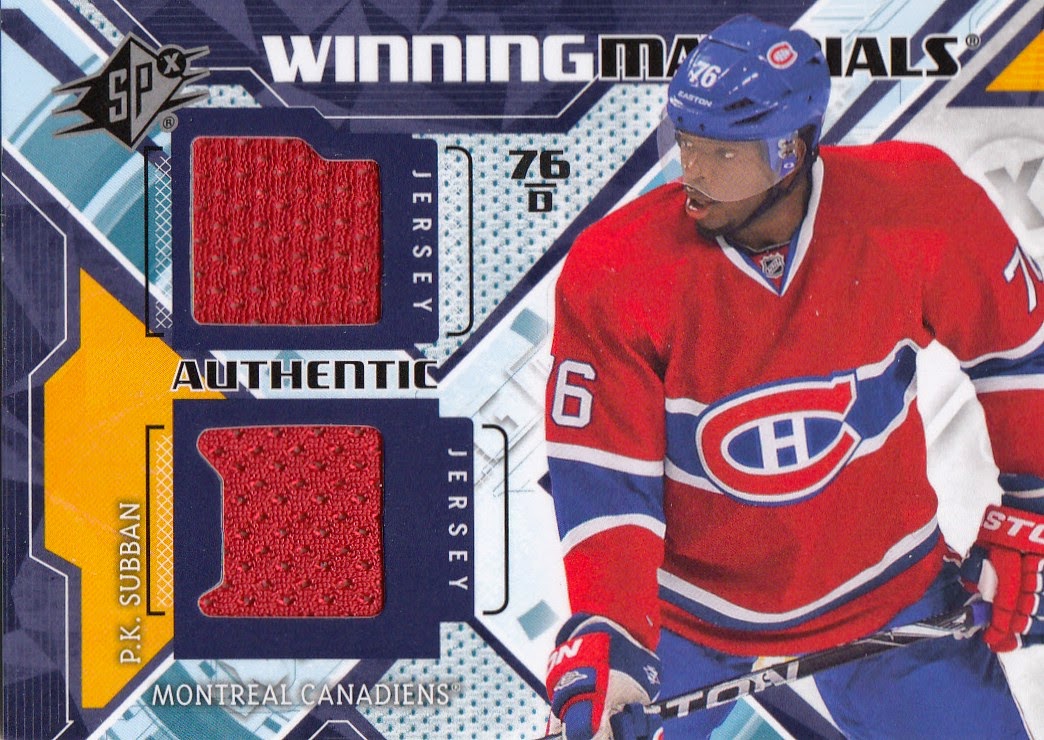 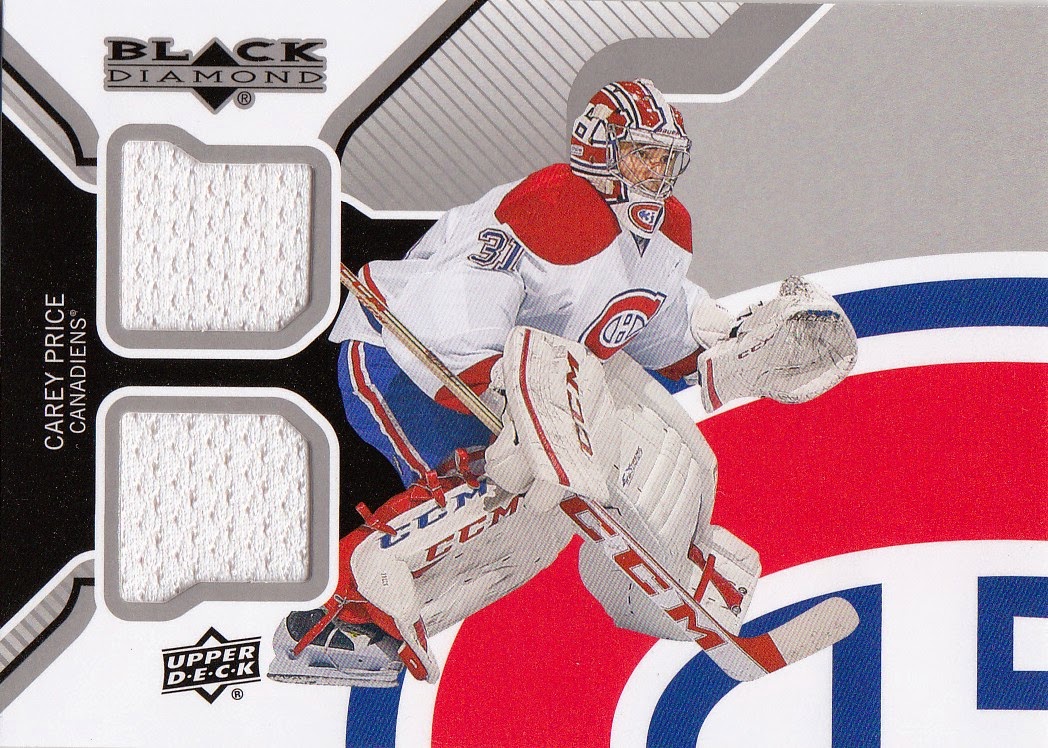 Another dual jersey card, but this one with different players. 2013-14 ITG Between the Pipes Carey Price and Eric Comrie. Eric was a second round pick of the Jets last year and might have the longest neck I've ever seen. Check out his pic in GOOGLE. 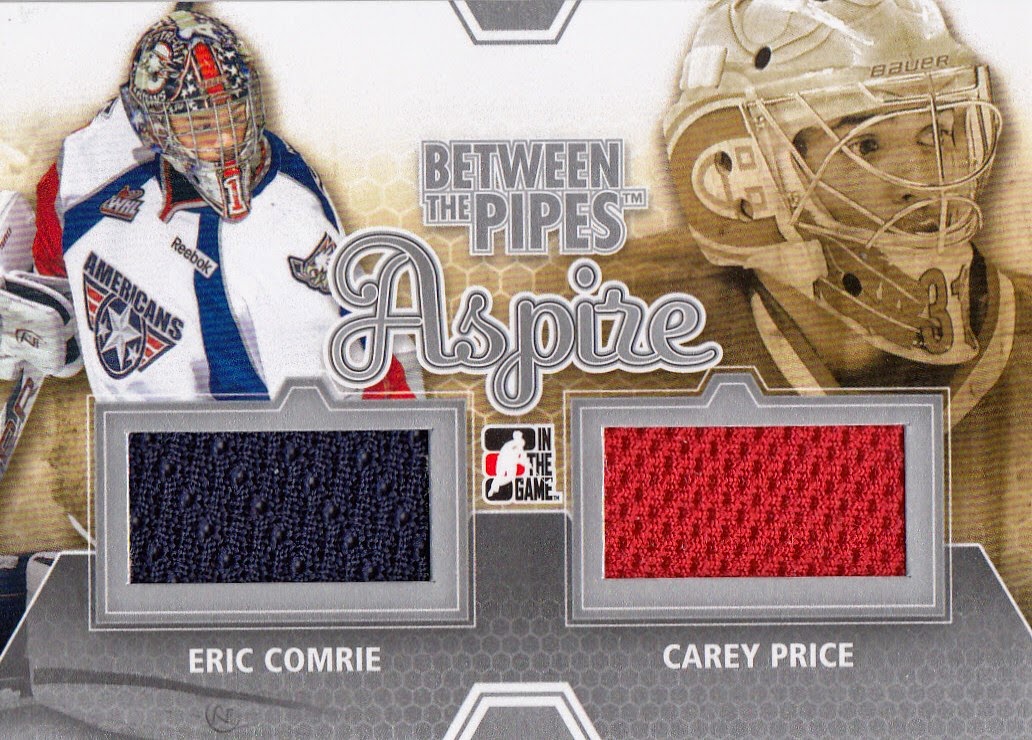 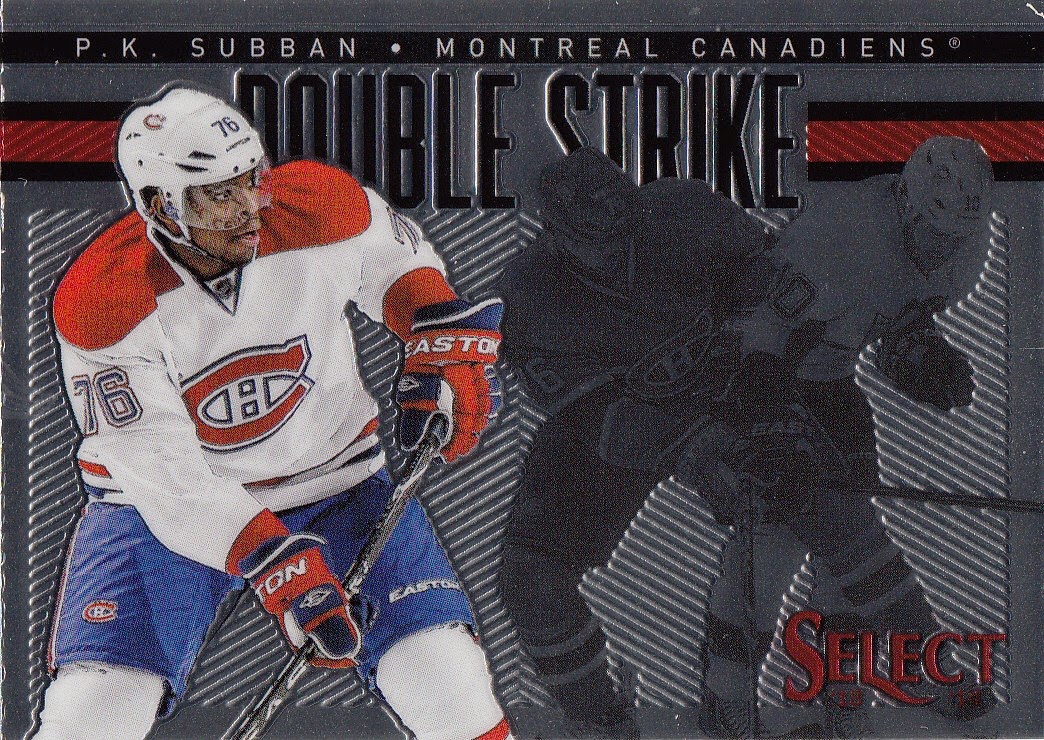 A 2013-14 Prizm Blue Pulsar Brendan Gallagher rookie. It's hard to figure out what's a rookie card nowadays with only one small RC logo and the word ROOKIE in 45 pt font across the front.
I wish they could make them stand out more. 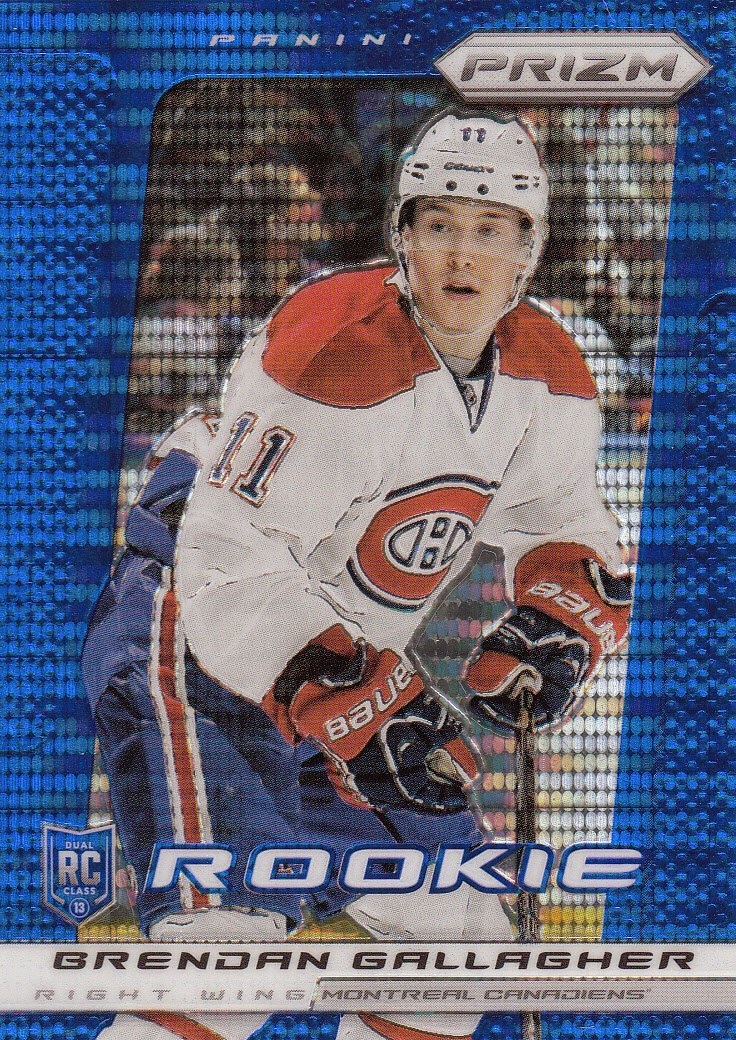 I traded five Jarome Iginla OPC and Upper Deck inserts from their last two years flagship sets for Brendan, and got the following two cards thrown in for free as they were "only dollar cards" according to their owner.
He and I are now friends.

Gilles Meloche auto, and yes, that is a crack in his mask above his left eye. 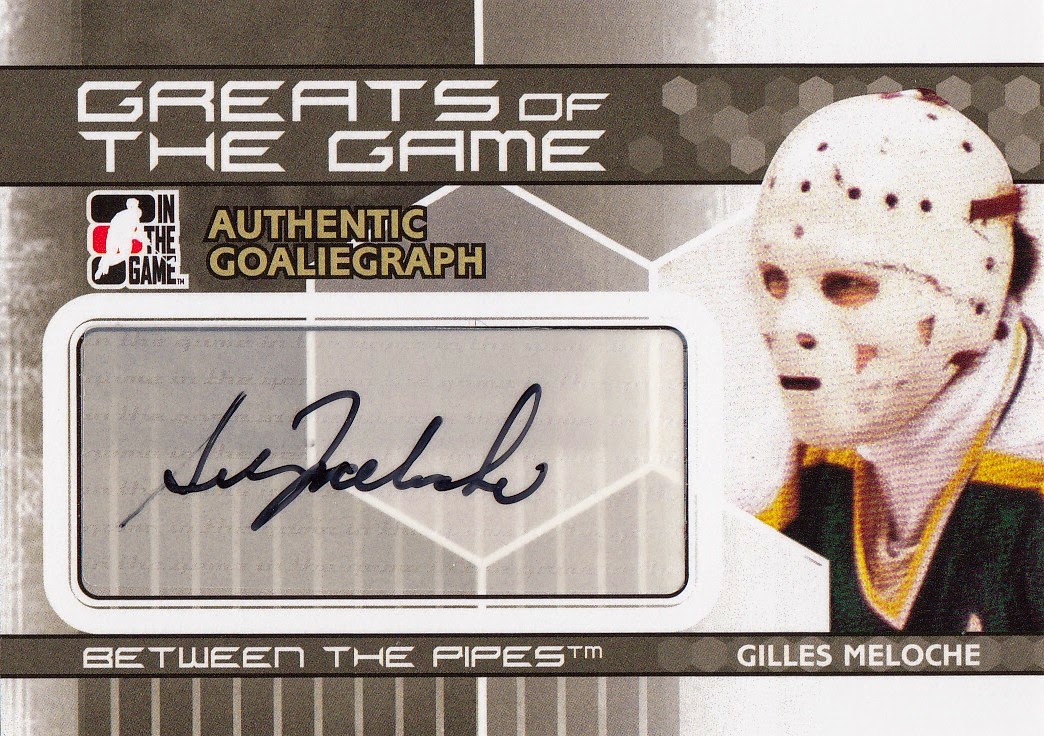 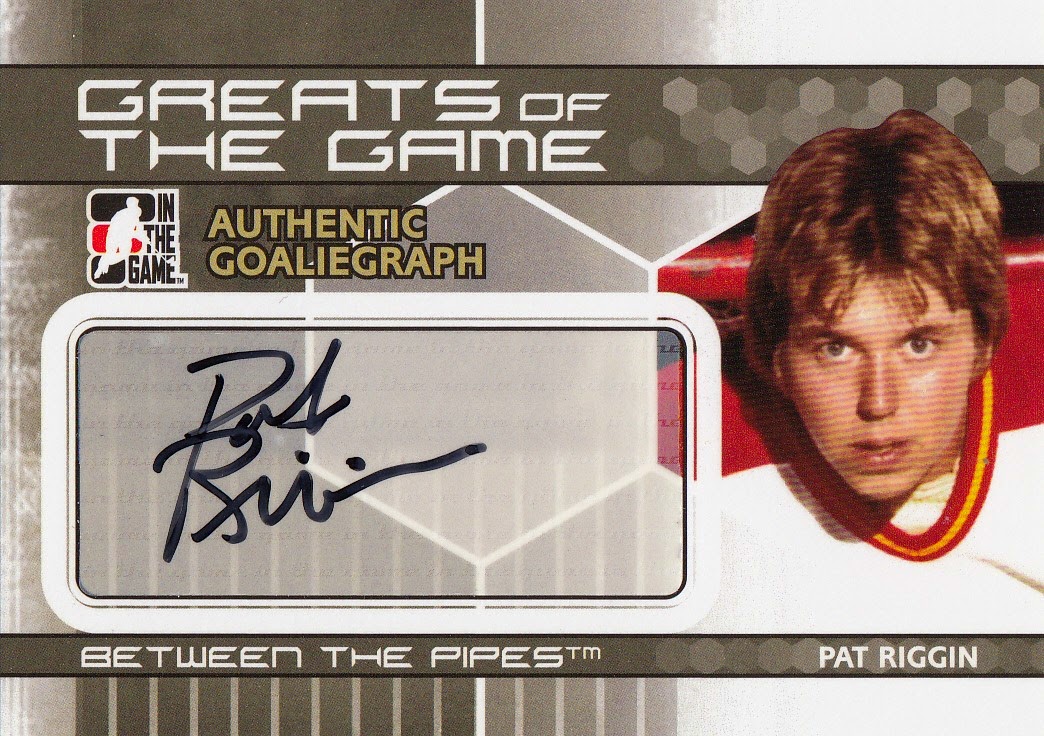 looks like with all the new hockey product released last week and over the next three weeks, the season is now in full swing.
Now if only I could find a way to escape this heat.... I now know what Coyotes' fans feel like.
Posted by Captain Canuck at 3:10 PM