That's the thing about us set collectors. We're happy going after sets, with our rumpled lists, even years after initial release. It doesn't bother us to root around in long forgotten boxes, looking for even one card that will put us ever closer to completion.

Of course when you can knock off more than one in a deal, that's all the better.

Perhaps you remember me mentioning a fellow at a card show that remarked on how I never buy from him. Well I made an effort to go to his table this time and see what he had. As luck would have it, he had 7 of the Pop Up inserts from OPC that I needed. I asked him how much, because as per usual, nothing was priced. He picked up his Beckett and after a brief moment of him frantically searching for them, stated he'd let them go for $45.

After I had regained conciousness, I politely declined and moved on to his neighbor. He had three Pop Ups at the front of his table. Again, I asked how much? (why can't people price their frakking cards???)
He said $5 for the lot.
Sold.
And both of us received dagger eyes from the dude that I never buy from. 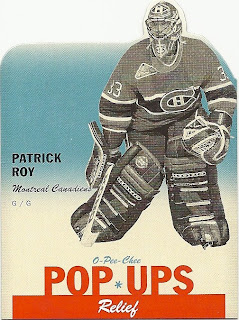 Along with Marian the Shifty 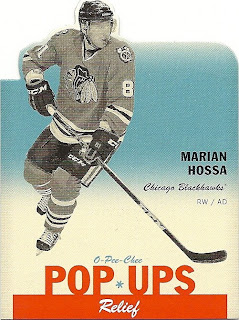 and Jarome the Lost. 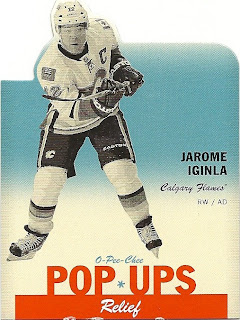 Every card gets me closer....

Then at trade night I found a guy with ten, TEN! Young Guns I needed from various years. I managed to deal for six of them... and it pained me greatly.
From the 08/09 set, Okposo and Boedker 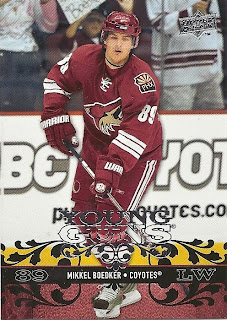 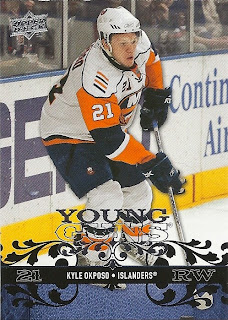 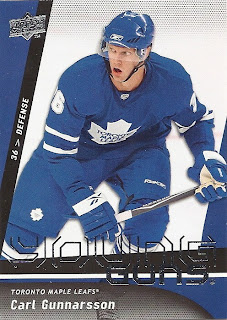 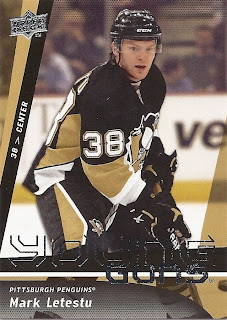 followed by Grabner and Marchand. 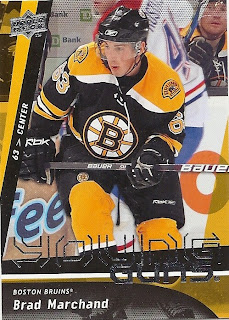 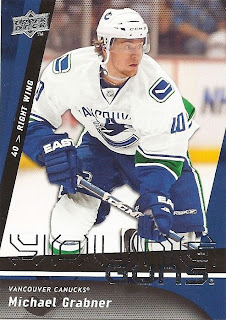 Having to trade for, let alone own, that last card was a painful process. I just had to focus on the number on my list. That generic little number that I got to cross off, nay, obliterate from my list.

I'm gettting closer... every day a little closer. If you can help with any of it, drop me a line.