Rather than whine and complain about the latest attempt by idiot officials to give the league run Bruins a win, I thought it would be better to show off some autos I got a wee while ago.
And who better than insanely hot Team Canada goalie Charline Labonte. That's 3 time Olympic Gold Medalist Charline Labonte to you.
Charline was nice enough to sign four photos and two cards for me. 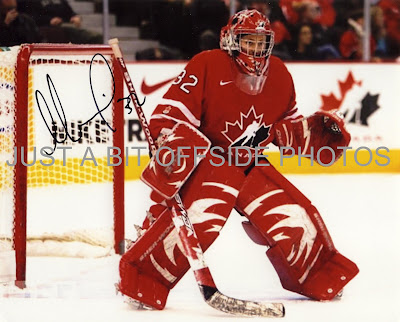 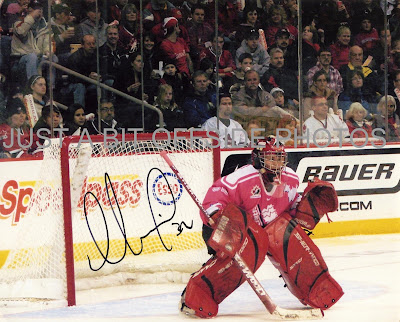 one of my faves... it's a good thing there's no body contact in women's hockey! 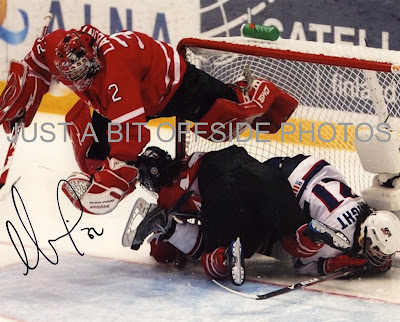 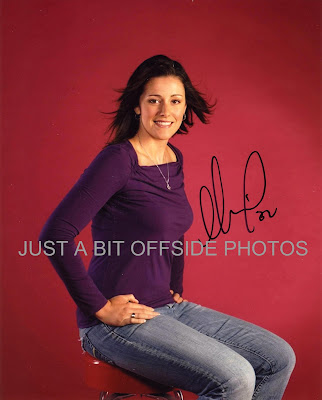 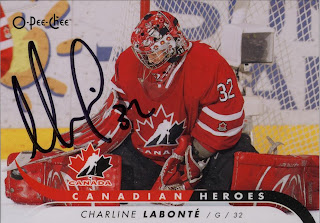 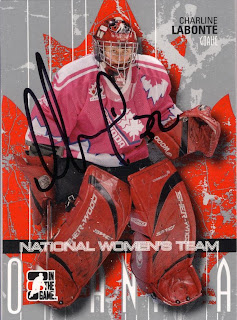 Charline just finished backstopping her college team, the McGill Martlets to their 3rd championship in four years. McGill went into this year's playoffs with a 20-0 record, and easily won again. Their only loss in the last four years? When Charline was busy winning a Gold Medal in the Vancouver Olympics.
Priorities people....
Posted by Captain Canuck at 9:18 PM