Alright, so I haven't had time (read: been too lazy) to post the last couple of box breaks, but rest assured, they're coming. Well, maybe one anyways before I have to leave town for another week for work. But we've got all the time in the world, right?
So because I was out of town last month, I missed out on the monthly card show. Even with the 8 inches of snow I woke up to this morning, I still managed to get to the one today.
Unfortuantely only 5 dealers bothered to show up. But that's okay. We spent 45 minutes chatting about the hobby and the sport in general.
I managed to spend $16 on 8 cards.
The first $15 went to a seller who I usually buy vintage from. But today he had a stack of retro inserts from this year's OPC that I've been chasing.
The Black Border Retro Rainbow inserts fall at 2 per box, and are numbered out of /100.  I'm chasing the Montreal team set in all three parallels, so I grabbed the following.
A high number SP of Hall of Famer Larry Robinson. 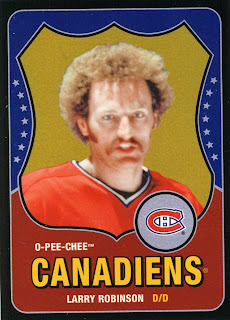 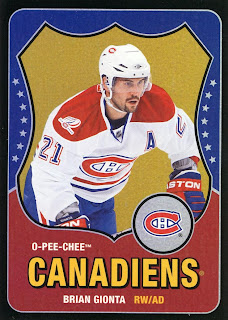 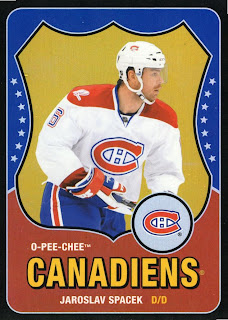 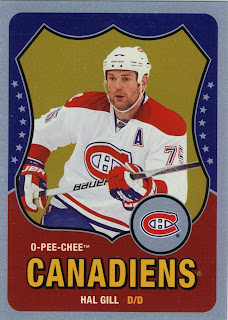 and just for fun, a Jimmy Howard Black Border /100 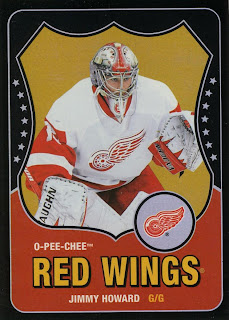 and living in Calgary, you can never have too many Kipper cards lying around. Also /100. 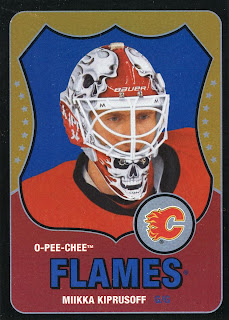 My last loonie went to purchase these two cards, which will be sent out for ttm auto attempts when I get back on the 11th. 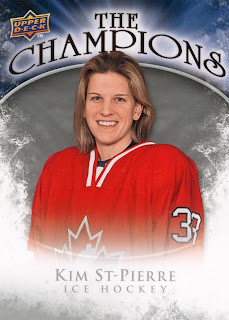 There's six Olympic Gold medals smiling at you in those two faces.