Boy, these cards sure are tall...

See what I did there?

What? They can't all be gems.

At the card show last weekend, I was rummaging through a box that had the most mixed bag of cards in it. No top loaders or sleeves. Just card board. There was '60's through to today. No danger of cutting myself on the corners. Condition was not at a premium.

But above the rest, were four cards. Standing tall as it were. (*ahem*)

I picked out this beauty with an eye towards sending it off for an autograph request. 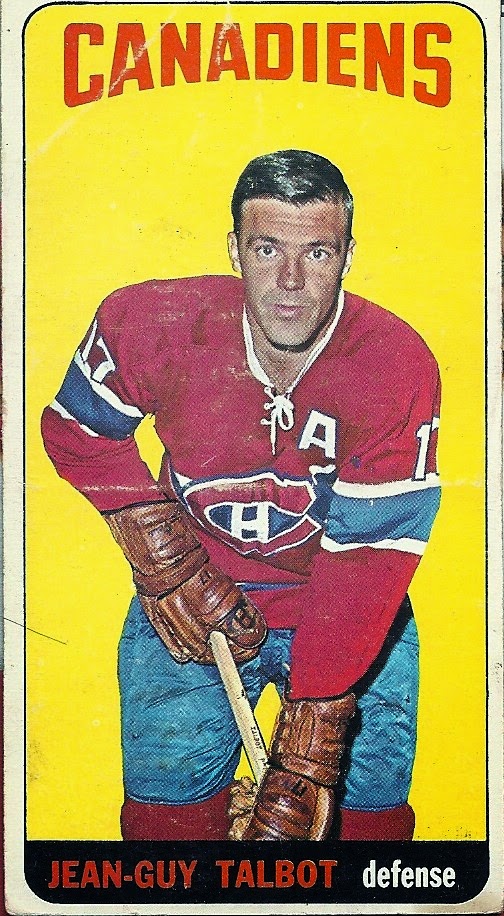 It's a little rough... but it's perfect for what I want it for. I asked him how much and he replied that he didn't care, whatever I thought was fair. So I offered $1 and he couldn't say deal fast enough.

I reached in my pocket and all I had was a toonie. ($2 coin for you Yanks...) He said, you want the change, or you could take the other three and use them for more autographs?

I took the other three cards for $1. I didn't have the heart to tell him that Mr Provost had passed away 30 years ago....

still a great card though. 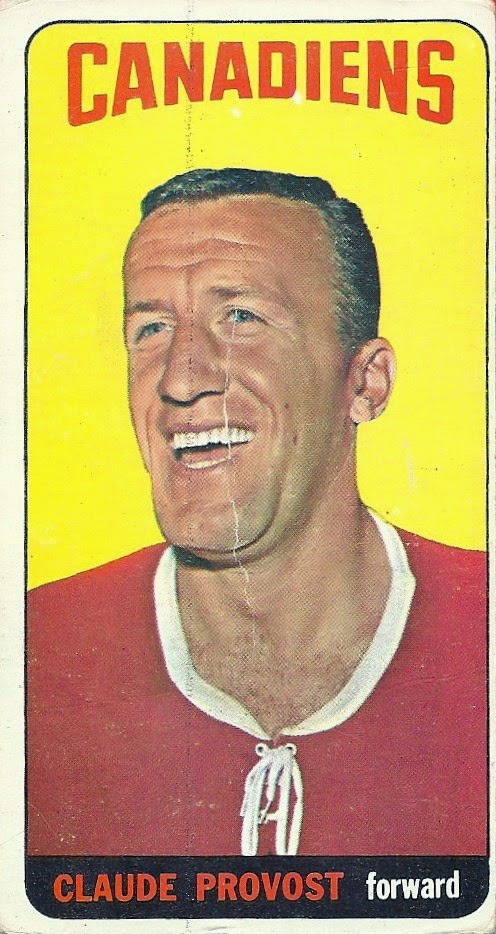 Claude Provost has the most Stanley Cup wins of any player who is NOT in the Hall of Fame.
Nine.
The man has nine Stanley Cups, and isn't in the Hall. Go figure.
He also won the Bill Masterton trophy in 1968.

Also included were a couple of the currently hated Rangers.

Rod Gilbert was the first Ranger to have his number retired. He is also in the Hall.
With no Cups. none. 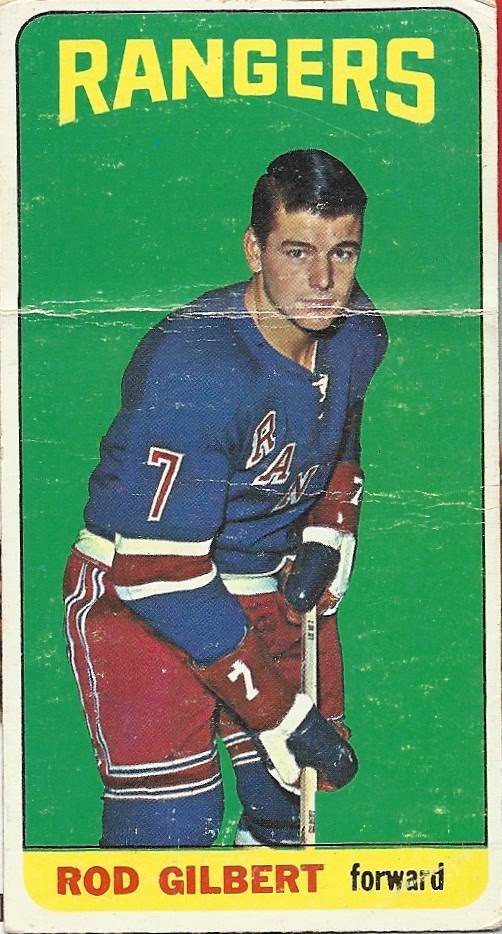 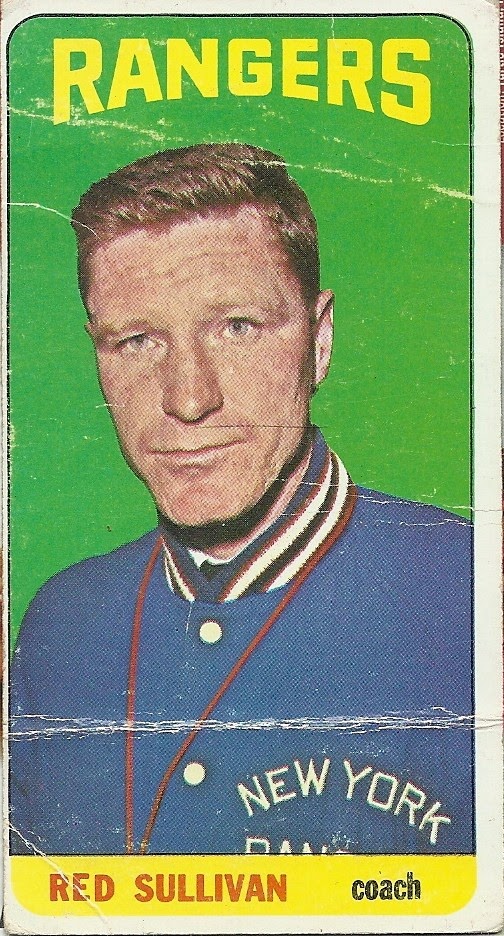 He played from '49-'61 then became a coach.
After coaching the Rangers for 4 seasons, he became the first ever coach of the new Pittsburgh Penguins, lasting two seasons, before being one of three head coaches for the first year Washington Capitals.
That was enough to make him retire.

I love these'64/65 OPC Tall Boys... I'll send out the Talbot. Keep the Provost. And probably send the Rangers to commishbob.
If he wants them.